Unfortunately posted on a blog with the same old excuses everybody makes for replicating this junk "I don't generally pass on forwards BUT THIS ONE was sooooooooo incredibly special!"

😏Meme: WAL-MART SENIOR GREETER You just have to appreciate this one.

🧝‍♀️Ocean Elf: No I don't, it's getting mangled.

😏Meme: Young people forget that we old people had a career before we retired...... 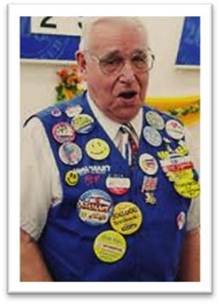 🧝‍♀️Ocean Elf: Um - EXCUSE ME - but that is flat out WRONG! In fact, I remember my school teachers from when I was a little kid, some of them older than my parents - and yes, I do appreciate them and thad they had careers… Stereotyping, pointing the finger at young people this way is really not cool at all. Why does it have to be an "us VS. them" with these stupid forwards anyway? Ever notice that?

😏Meme: Charley, a new retiree-greeter at Wal-Mart, just couldn't seem to get to work on time. Every day he was 5, 10, 15 minutes late.

🧝‍♀️Ocean Elf: Constant tardiness can get you sacked, you know.

😏Meme: But he was a good worker, really tidy, clean-shaven, sharp-minded and a real credit to the company and obviously demonstrating their "Older Person Friendly" policies.

🧝‍♀️Ocean Elf: But he wasn't sharp enough to set his alarm early enough or look at his watch to make sure he was on time for work, right…

😏Meme: One day the boss called him into the office for a talk. "Charley, I have to tell you, I like your work ethic, you do a bang-up job when you finally get here; but your being late so often is quite bothersome."

🧝‍♀️Ocean Elf: But this is a chain forward, so he probably gets away with it because he's a senior or something.

🧝‍♀️Ocean Elf: Okay, just how is he working on it? You're either late or you make dang sure you aren't. He actually called his boss, 'Boss'? Huh? You know, I've never done that, and don't know anyone who has except maybe once in a while in a joking manner on "Criminal Minds", and there, the employee in the agency wasn't about to get scolded for being late all the time.

😏Meme: "Well good, you are a team player. That's what I like to hear.”

🧝‍♀️Ocean Elf: Gah, can the corny sayings already. I feel like I'm watching a drippy commercial.

🧝‍♀️Ocean Elf: Nothing to it, Charlie, set your alarm earlier, keep an eye on your watch. It's not hard, really…

😏Meme: Seeming puzzled, the manager went on to comment, “It's odd though your coming in late. I know you're retired from the Armed Forces, What did they say to you there if you showed up in the morning so late and so often?" The old man looked down at the floor, then smiled. He chuckled quietly, then said with a grin, "They usually saluted and said, ‘Good morning, Admiral, can I get your coffee, sir?’” 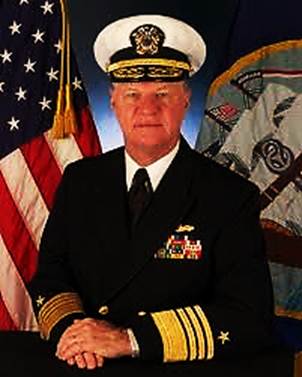 🧝‍♀️Ocean Elf: Blech. Okay, welcome to a different life, Charlie, they're not going to do that here… Sheesh, what a glib tude, dude.

Forget what this chain said about young people, it seems to me Charlie has been continually forgetting he was not an admiral at the shop.