Giant Tree Of Carvings Not A Natural Wonder

The meme contains pictures of a ginormous tree with animal carvings and claims it is in China and a natural wonder.

It is not. Here is an article from BreakTheChain explaining the truth about these pictures.

Innumerable 'amazing' photos are floating around the 'net. This chain purports to show a magnificent site in China celebrating human skill and wild majesty, but actually depicts a man-made icon of commercialism. 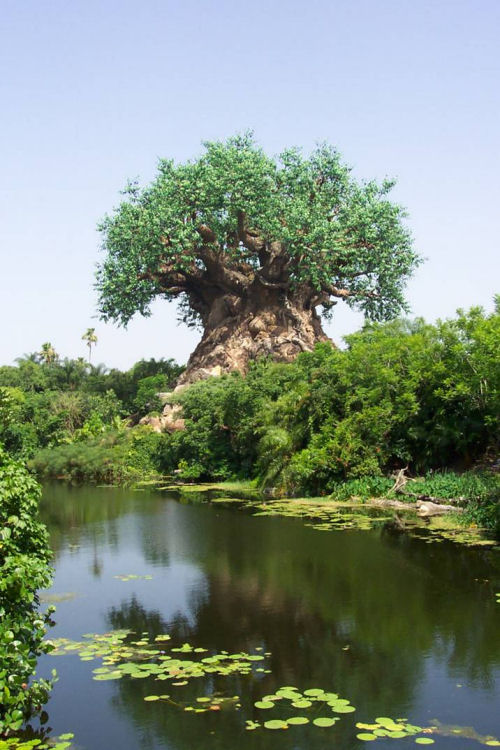 BTC: I first saw this chain in late 2007. Some versions contain 15 to 20 images - some at extremely close range - of what appear to be amazing animal carvings in the tree.

As we saw in a 2003 chain letter supposedly depicting the final moments of the Space Shuttle Columbia and a 2005 chain touting what it claimed were photos of an experimental aircraft, Hollywood creations are often misrepresented as real in the chain letter rule.

What you are looking at above is not in China, nor is it a real tree.

Rather, it is in Florida - Walt Disney's Animal Kingdom theme park to be exact. The centerpiece of that park when it opened in 1998 was the Tree of Life, a 14-story (145 ft.) structure built from a retired oil platform. The exterior of the structure contains 'carved' images of 325 animals. The interior is a movie theater where park-goers can view a 3D movie based on characters from the Disney film "A Bugs Life."

Mars And The Tree Of Life